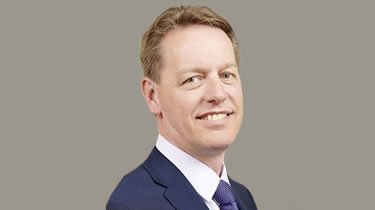 Businesses across Bradford and beyond need to engage and plan for the future with the Government’s new financial support measures.

Faced with tougher restrictions, as announced by the Prime Minister Boris Johnson following news of a potential second wave of Coronavirus infections, businesses feared that they may not have the same level of financial support as previous months.

Calls have been mounting from MPs and various groups for the Government to act decisively, which is why the Chancellor, Rishi Sunak, has launched a new Winter Economy Plan.

Aimed at protecting those businesses that remain viable and the jobs they support, the new plan features a number of new measures, chief among which is the new Job Support Scheme.

This new scheme has been designed to help employers retain employees by allowing them to reduce their hours, while receiving funding for time that is not worked.

Mark Wilcock, Managing Director at Watson Buckle, explained that from 1 November 2020 the new scheme would ensure that for every hour not worked, the employer and the Government will each pay one-third of the employee’s usual pay, with the Government contribution capped £697.92 per month.

“The Government has estimated that employees using the scheme will, in many cases, still receive at least 77% of their usual pay,” said Mark.

“While the scheme is open to all small and medium-sized enterprises, only those larger businesses that can demonstrate that they have been adversely affected by COVID-19 can apply. The Government also expects that these large companies will not be making payments, such as dividends.

“Employers should, however, be aware that this scheme will not be available to those employees on a redundancy notice, but it can be used alongside the £1,000 Job Retention Bonus that has already been announced.”

Mark explained that while the new scheme wasn’t quite as generous as the furlough scheme, it would play an important role in helping businesses to retain workers at a reduced cost.

The Government has also announced that the Self-Employment Income Support Scheme would be extended, starting with a new grant that will cover the three months from November to the end of January, paying 20% of average monthly profits, capped at £1,875. An additional grant will then be available from January to March at a yet to be determined rate.

Mark said “Many businesses will also be pleased to see that the Government has extended applications for the existing Bounce Back Loan Scheme (BBLS) and the Coronavirus Businesses Interruption Loan Scheme until the end of November 2020.

“The Chancellor also announced a new Pay as you Grow measure for those businesses that have already used the BBLS, which will allow the repayment of this loan to be spread out over a longer period and offer payment holidays to those in distress.”

Mark explained that these measures, along with an extension to the VAT cut in hospitality and amendments to the existing VAT and tax deferral schemes, giving businesses and taxpayers longer to settle their tax bill, should assist struggling companies and their workers.

Linkedin
We use cookies to help us understand how this website is used by our visitors. You can find out more about these cookies here. By continuing to use this site you are giving us your consent to do this.
Cookie SettingsAccept All
Manage consent

This website uses cookies to improve your experience while you navigate through the website. Out of these, the cookies that are categorized as necessary are stored on your browser as they are essential for the working of basic functionalities of the website. We also use third-party cookies that help us analyze and understand how you use this website. These cookies will be stored in your browser only with your consent. You also have the option to opt-out of these cookies. But opting out of some of these cookies may affect your browsing experience.
Necessary Always Enabled
Necessary cookies are absolutely essential for the website to function properly. These cookies ensure basic functionalities and security features of the website, anonymously.
Functional
Functional cookies help to perform certain functionalities like sharing the content of the website on social media platforms, collect feedbacks, and other third-party features.
Performance
Performance cookies are used to understand and analyze the key performance indexes of the website which helps in delivering a better user experience for the visitors.
Analytics
Analytical cookies are used to understand how visitors interact with the website. These cookies help provide information on metrics the number of visitors, bounce rate, traffic source, etc.
Advertisement
Advertisement cookies are used to provide visitors with relevant ads and marketing campaigns. These cookies track visitors across websites and collect information to provide customized ads.
Others
Other uncategorized cookies are those that are being analyzed and have not been classified into a category as yet.
SAVE & ACCEPT